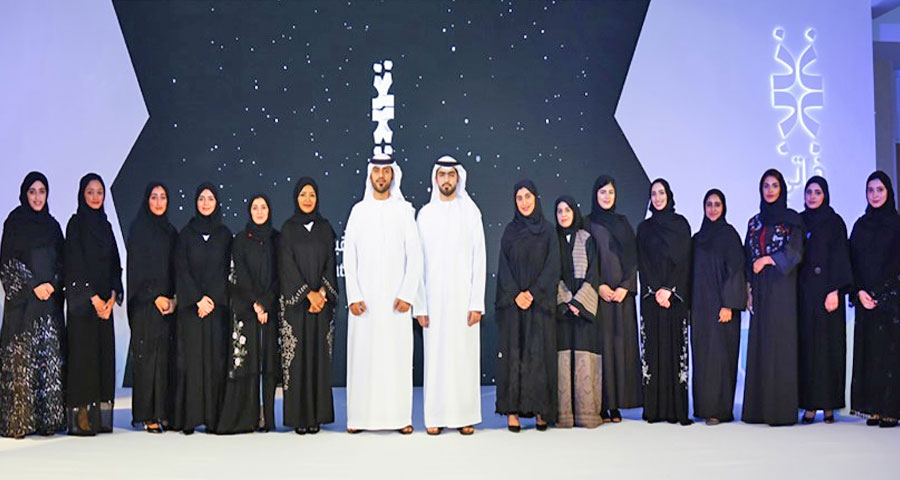 The two-year THATI Graduate Mentorship Programme in Sharjah recently graduated their third batch of successful trainees. Since its inception in 2012, it has trained over 15 outstanding university graduates, honed their skills and empowered them with best industry practices.

The graduate programme’s wide array of courses were designed to create a generation of leaders who are well equipped to channelise their academic training into practice, and hold successful professional roles in the organisations of their choice. The graduation ceremony saw directors of various government entities and institutions in attendance.

Fatima Al Shehhi, Director of Reyada Centre, said: “Equipping young graduates with the expertise and competence they require to shine in a variety of professions is THATI Graduate Mentorship Programme’s top priority. By helping them smoothly transition into their careers, we also ensure they give back to community effectively. At Her Highness’s institutions, we are dedicated to investing in young people and strengthening their leadership skills. We hope the training they take away from here will go a long way in assisting their ambitions of success.”

“Investing in young human resources and developing national leaders is one of Sharjah’s leading objectives. This is why Her Highness Sheikha Jawaher Al Qasimi is fervent in her pursuit of opening new avenues of growth, development, and leadership for future generations. Moreover, her strategy includes strengthening their role in the development process of the emirate by entrusting them with significant responsibilities most organisations or individuals would hesitate to pass on to the youth,” she added.

Fatima Al Shehhi explained that the two-year programme’s theoretical and practical aspects covered in workshops and special training sessions focused on the development of the trainees’ management, leadership and decision-making skills.

The graduation ceremony also announced the join of Muna Al Safari to the Executive Office of Her Highness Sheikha Jawaher bint Mohammed Al Qasimi, as Director of THATI Mentorship Programme.

Expressing her delight about joining the THATI team, Muna Al Safari commended the vital role of Fatima Al Shehhi and the team at Reyada Centre in the success and sustainability of the programme that has successfully graduated three batches since inception. She congratulated the graduates, noting that they will play a fundamental role in driving progress in the Emirati community.

Partners and collaborators from various institutions, colleges, faculties and universities, who contributed to the success of the third edition were also honoured along with the class of graduates, who were given certificates of appreciation to mark their active involvement and triumph at the programme.

THATI is a specialised two-year graduate mentorship programme run by the Executive Office of Her Highness Sheikha Jawaher bint Mohammed Al Qasimi, wife of His Highness the Ruler of Sharjah, and Chairperson of the Supreme Council for Family Affairs (SCFA), which was set up in 2012 and designed to function as a trainer and facilitator of fresh university graduates to smoothly transition into the system.